The Light of the Mediterranean

Colibri's journey to the mysterious and seductive streets of the East through rebranding Kolionasios continues with a new product line. Having created Athena Sweet Athena and Baklava Gold, the time had come for a new creation - the Mediterranean Light series.

The name comes in part from the change in recipe for this new baklava line. Butter was replaced with vegetable oils and so it is lighter in the dietary sense. At the same time, light points to the Eastern Sweet as it is known on the international markets (delight), and also the light that floods the Mediterranean, the primary location for baklava production.

Mediterranean patterns and a large array of colours were used on the packaging, which are representative of the wide variety of flavors in the series - more than in any other. Our inspiration was based on the interior design of eastern palaces, namely intense color combinations based on white. The main element on each package design is the constituent parts of the baklava itself, which we photographed separately according to each recipe. The classic approach to the text is intended to express the soothing nature of sweetness. 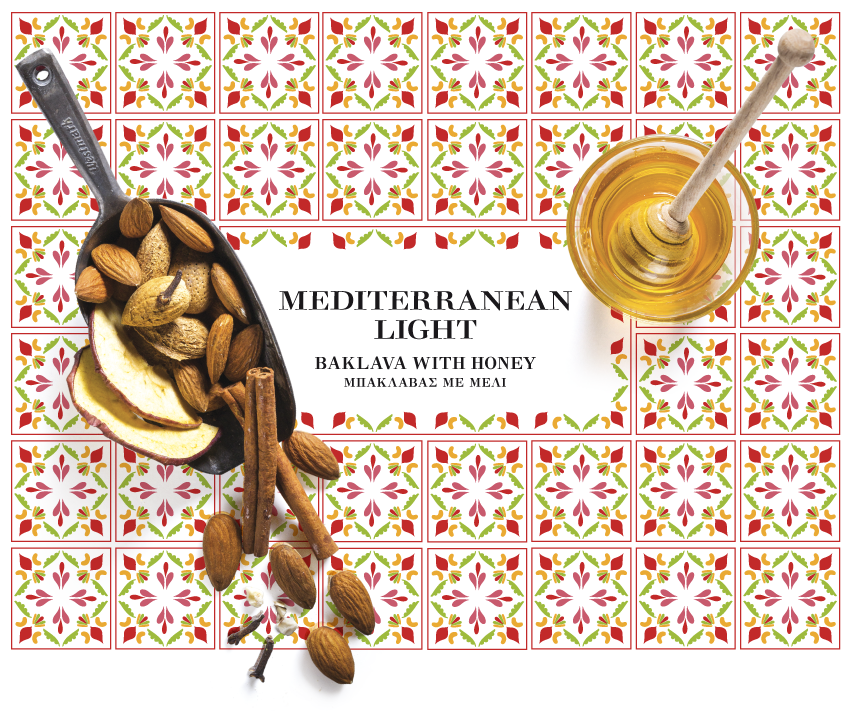 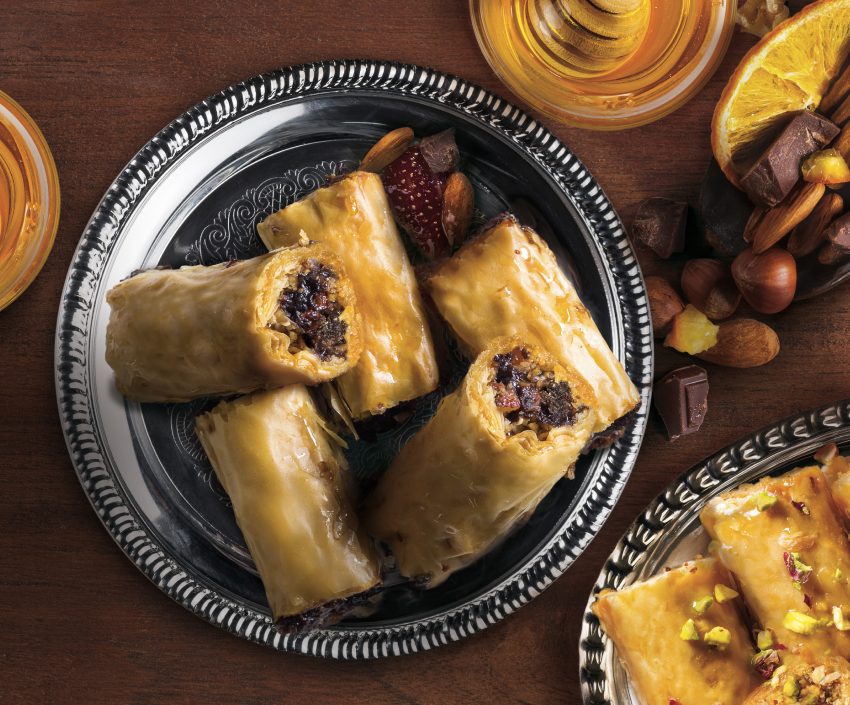 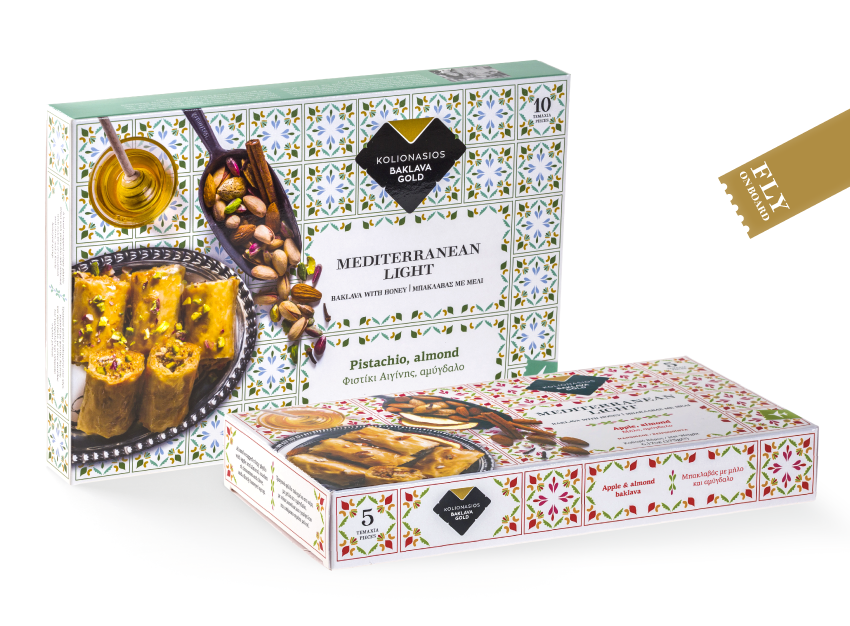 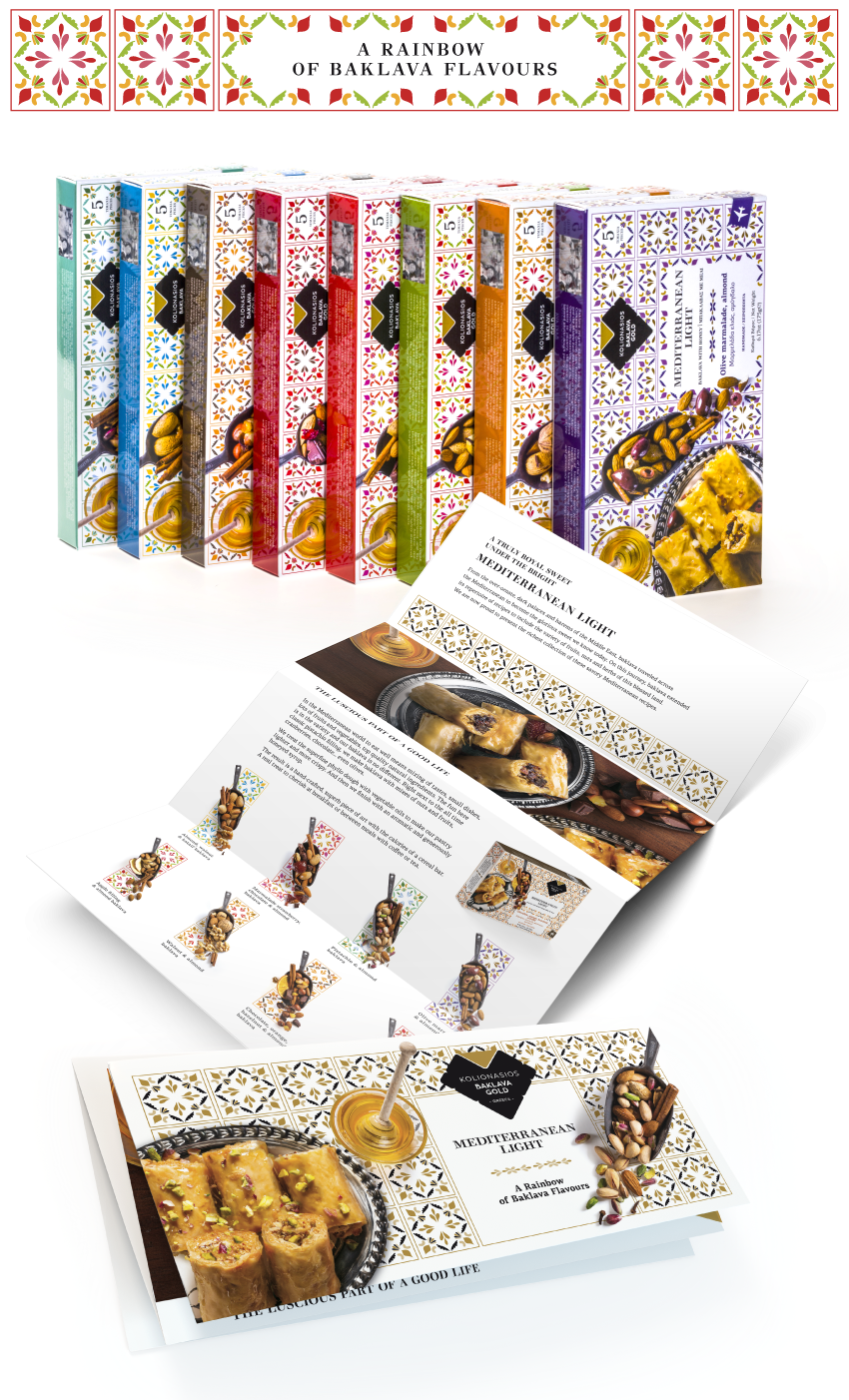