We are proud to announce the Bronze Award for Book Layout in the European Design Awards in Vienna for a very special project , for a different kind of book, for a book with a hole, made for people who live and act differently.
Colibri Branding & Design was tasked with the design of a publication recording the views and sensibilities of the members of En Dynamei, a group of Down, Asperger, Autism and other syndrome impaired young men and women and their friends, who work collectively under the direction of accomplished artists.

“We designed a book with a hole that is actually a mask when you open it”, stated Christos Helmis the creative director of Colibri Branding & Design. “Before going through it, please raise it widespread to your eyes and look through it. In front of a mirror the results will be far better, promise!”, Christos Helmis suggested.

The illustrations by Analisa Asa were mixed in a layout that looks chaotic at first glance but manages to support the wealth of messages and personal narrations of the En Dynamei members themselves.

“The book was initially successful as it was accepted with enthusiasm in the theater performances by En Dynamei team”, said Christos Helmis. “We are very happy that the family of high-level designers show special interest as they see it as a subject of high quality design and communication, even if the information in the book, which is written in Greek, is unapproachable to them”. 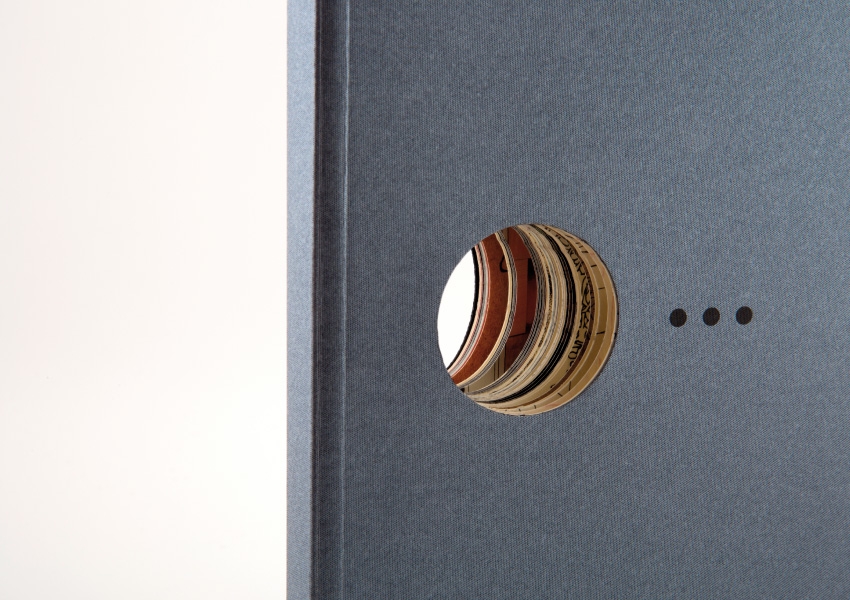 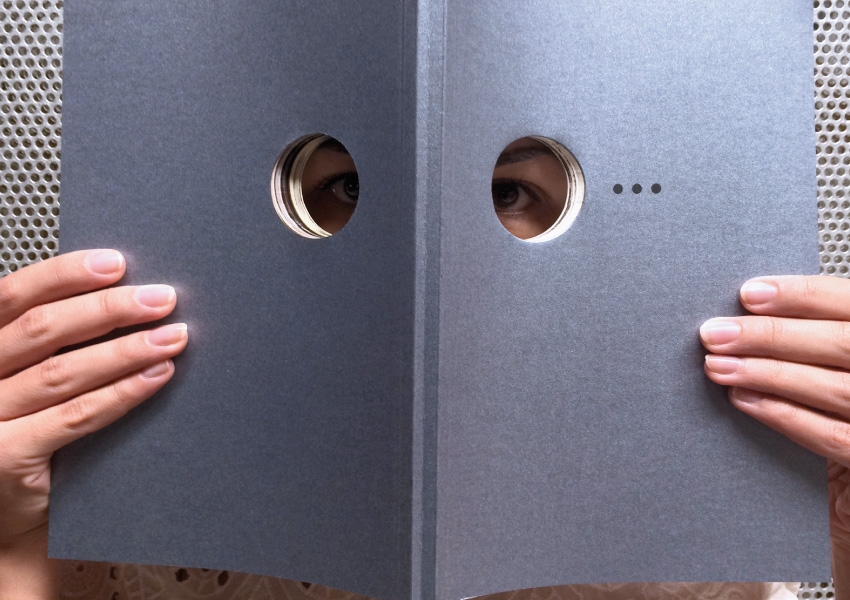 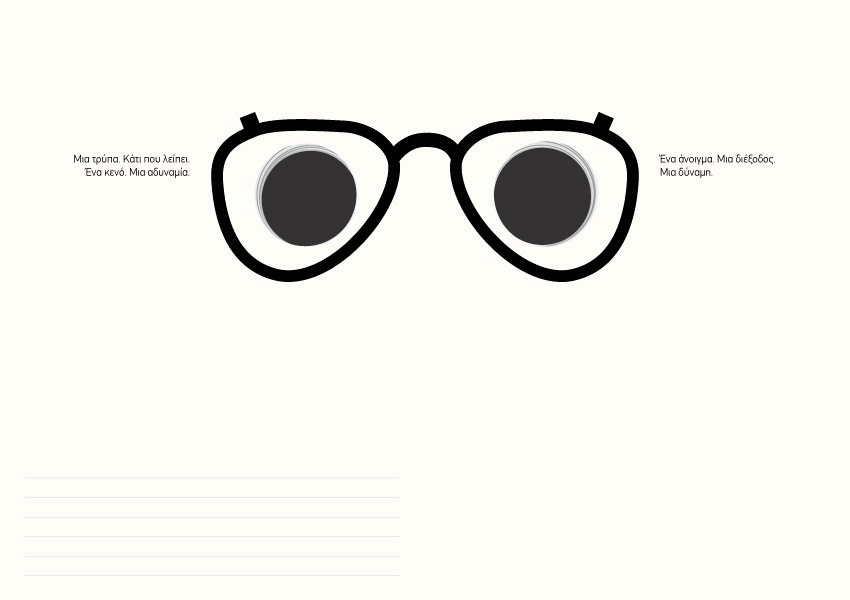 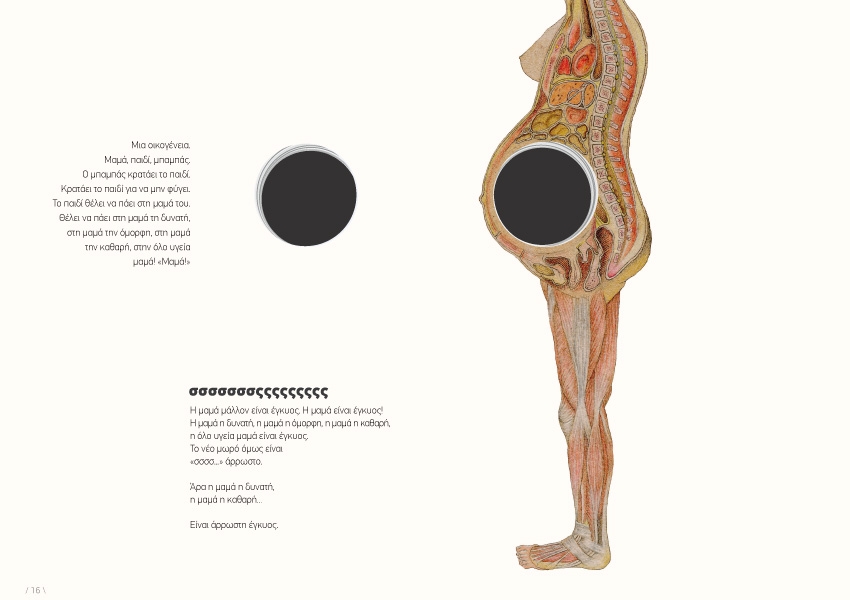 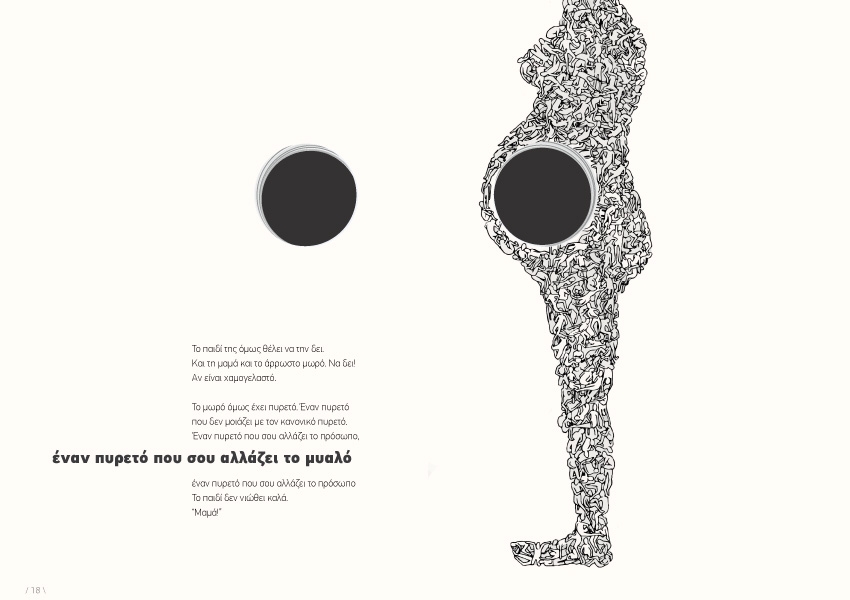 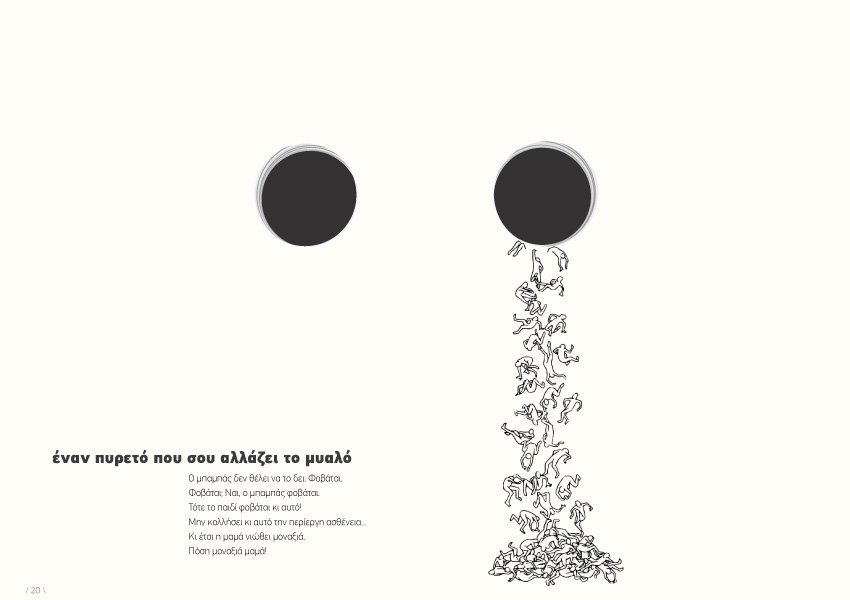 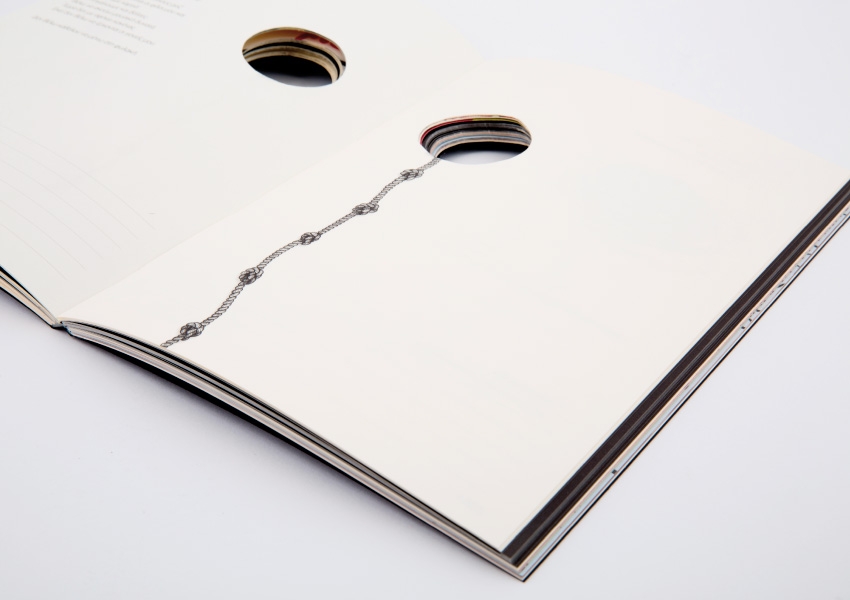 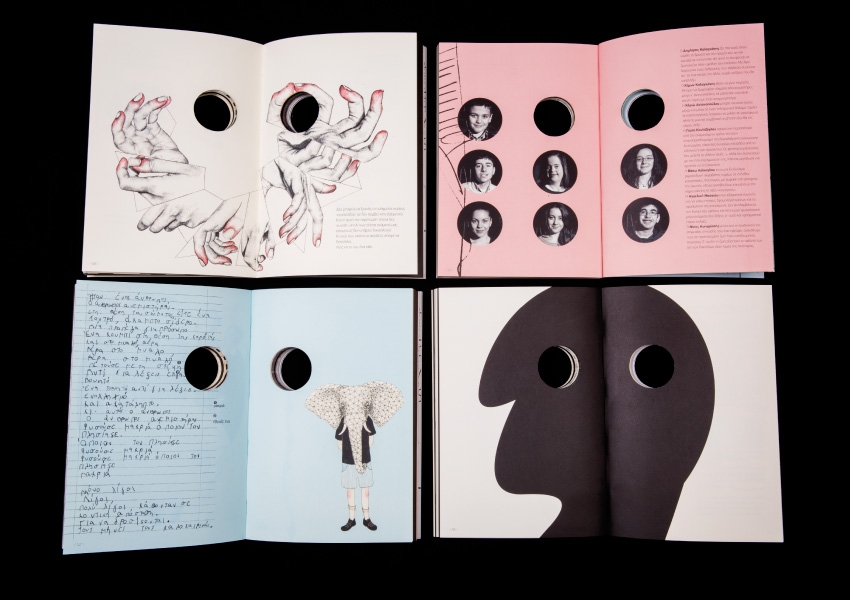 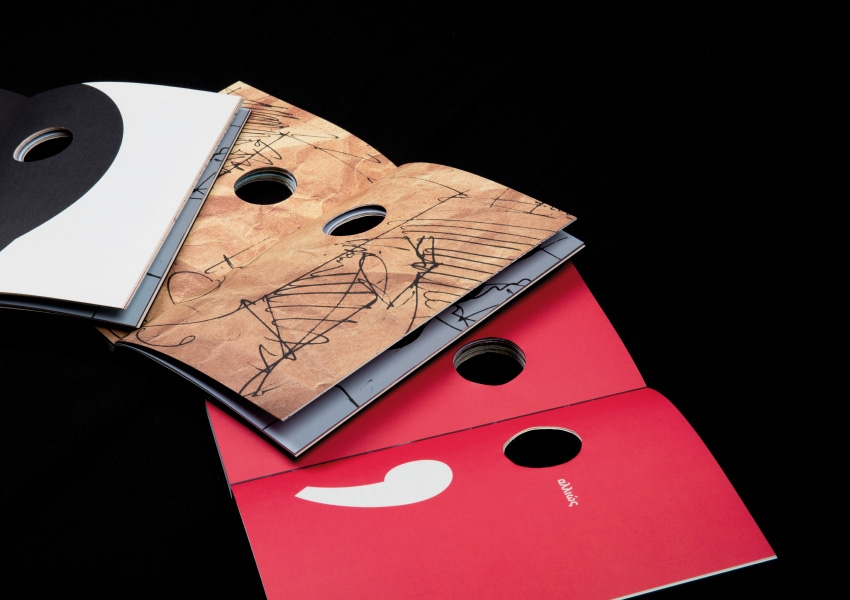